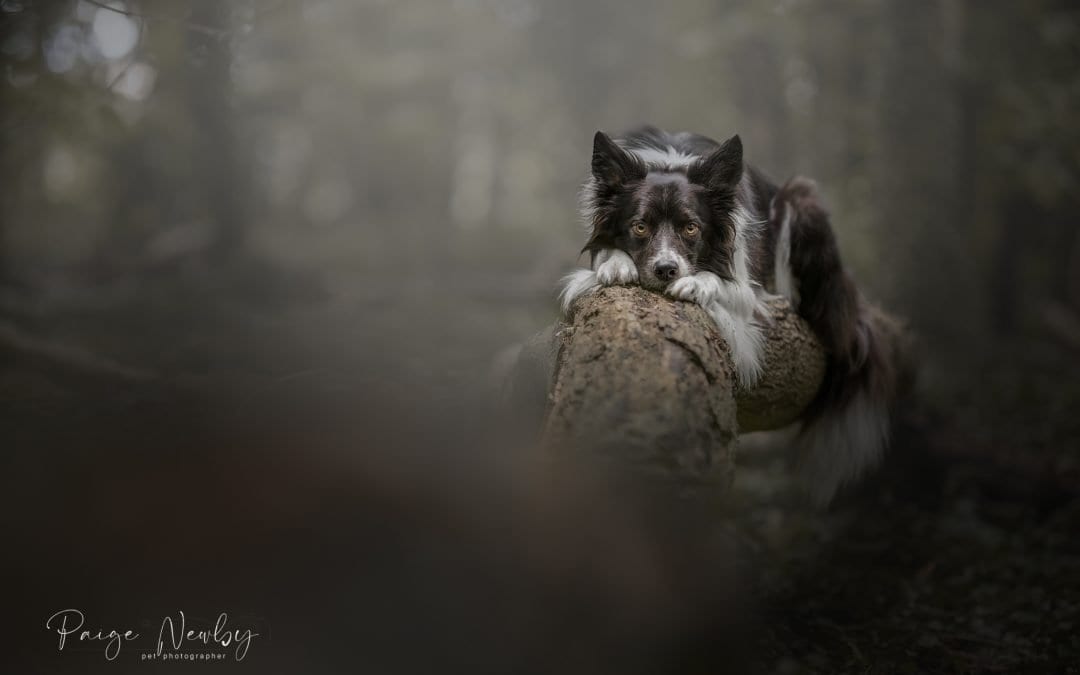 The title says it all really! Let me introduce Paige, an 11-year-old budding dog photographer who lives in Devon, UK.

Paige’s mum, Mandy, got in touch in May to see if I had space to add Paige to my under-14’s email mentoring program. This program essentially allows young children to receive free assignments and support via email. Before we go any further, here’s what Mandy has said about the whole process from May to August:

My daughter Paige has been receiving tuition from Jess during lockdown with great success and we decided to make the journey from Devon to Yorkshire to benefit from face to face tuition now that the restrictions have been lifted.

We had a really lovely day meeting Jess and the fuzzy tribe, shooting in the beautiful Yorkshire countryside. Lots of great advice and tips for both getting the most out of the camera, non-destructive photo editing, photography theory, equipment and printing.

The results really speak for themselves with Paige (age 11) producing a beautiful shot of Alfie on ‘THE’ log. Jess was so patient guiding her through Photoshop and so encouraging. We got back to Devon this afternoon and she’s got her laptop out editing immediately.

For anyone wanting to learn the art of pet photography, we can honestly say Jess is the full package, knowledgable, engaging, fun and to top it off lovely too.

Ok so back to Paige and the emails. The first email is always to see where the child is at currently and to ask a little more information.

I’ve found Paige’s email from May and her initial images (Email 1 contains 5 photographs with the student noting 3 things they like and 3 things they don’t like so much on each image). Paige’s initial images were really interesting, they had some pretty high-level compositional techniques in, good colour control and were generally very pleasing!

Here is one of Penny, Paige’s spaniel, from the first email back in May of 2020:

To provide some background, Mandy and Paige both got a camera and lens early in 2020. Paige was using her camera in Auto and was doing great. Paige and Mandy found me on YouTube and very quickly Paige began to absorb the information – a bit like a sponge (a very big sponge based on how much was absorbed!).

Paige switched to shooting by herself on fully manual, and over the weeks between May and now, we’ve covered focus, composition and editing in a fair bit of detail via the weekly emails.

In July Paige’s camera started to throw up some strange focus habits and bizarrely high noise. She was getting frustrated with her equipment and switched to using her mum’s camera instead. Mandy asked if they could come up here to Yorkshire from Devon to have some hands-on, one to one focussed help. It was the right thing to do all-round so we booked it in! But with a month to wait, the assignments continued…

At the start of August we were here, with Paige’s SOOC and then her edited photo which she wasn’t 100% happy with:

They went out and captured another image and re-edited it to the point they were happy with:

At this point, Paige was still using just Lightroom with really great skill. She could even clone out leads and distractions using the Lightroom stamp tool, and her understanding of the exposure triangle was solid.

The day of the one to one rolled around with Mandy & Paige travelling a whopping 6 hours to get up here the day before. On the Saturday they arrived around 8:30 am and we commenced with the tried-and-tested format that I’ve used for YEARS to teach. It’s the exact same format that is used on the in-person 2-day workshops and covers theory, shooting and editing.

Paige blew me away with her information retention – she is genuinely a gifted child. By 12:30 we were back at base after shooting Alfie in the woods, on “THE” log (if you don’t know this log, you need to go back through my Instagram and look for the similarities of logs!), and we started to edit.

Paige had a very deep crash course in Photoshop, but I didn’t control her laptop. Paige followed me editing another image and we both edited at the same time, with the same tools, on different images.

Paige was astute in pointing out where the light was unnatural, where the shadows didn’t make sense, where there was no connection to the base. All vital, all natural to her. 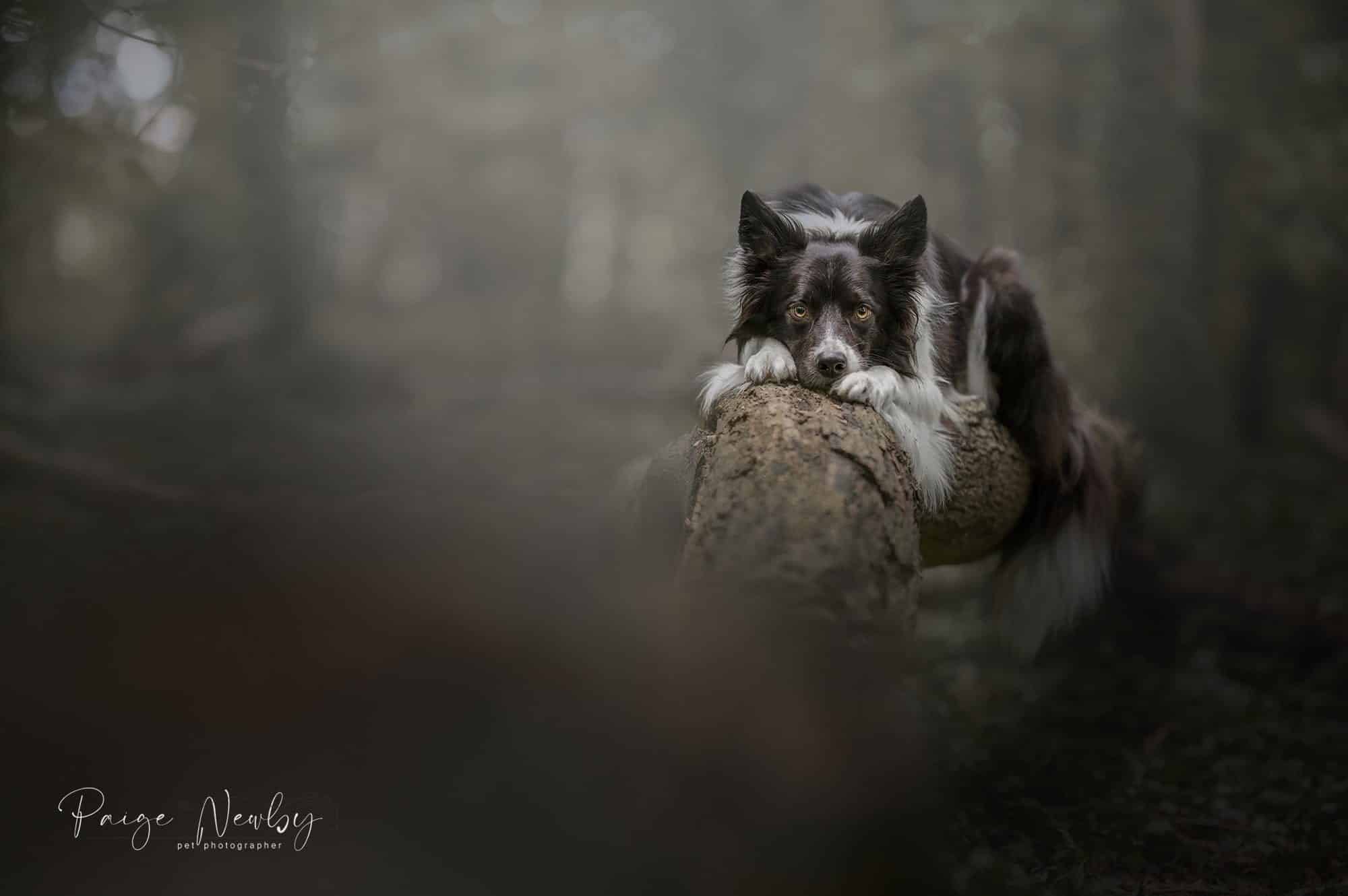 So, to summarise, not only did Paige go from Auto to happy on Manual in 3 months, but she also nailed Lightroom, outgrew her entry-level camera and learnt pretty solid photoshop in 4 hours. Can you tell I’m impressed?!

It’s also great to know that the Workshop content is damn solid and that the log survived the storms this week!

Check out Paige and Mandy’s Instagram for future work by clicking here. To check out workshop spaces, go here.

My photo from the day? Well, Paige did better than me: 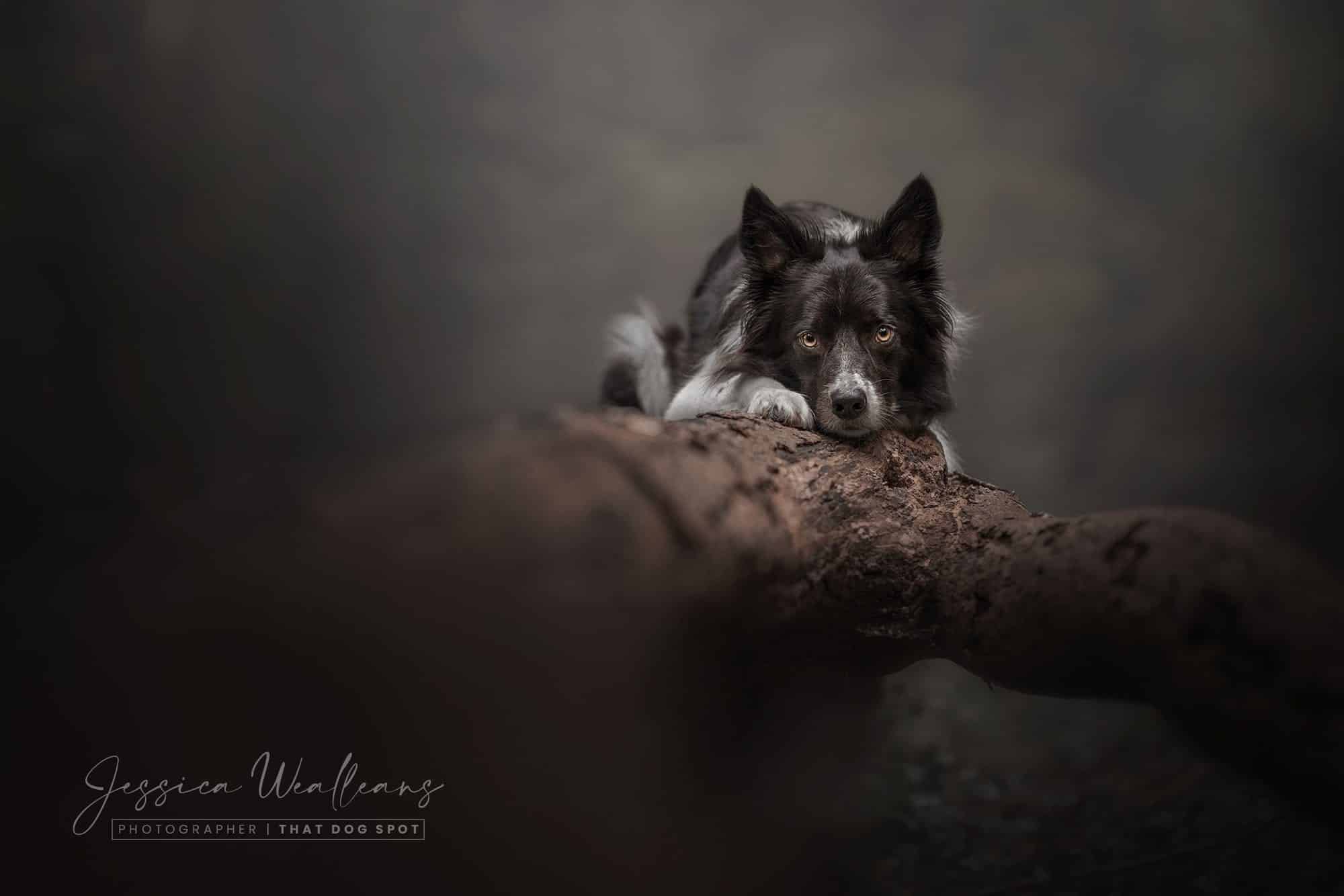